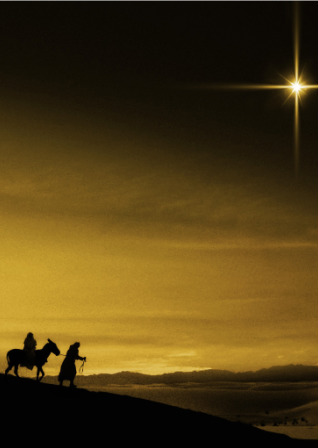 If Jesus Hadn't Been Born

What if Jesus Had Never Been Born?

Most of our official national holidays have a religious--specifically Christian--beginning. However, in this article, we have tried to honor Christmas in a way that respects the views of our readers, whether you are Christian or not. Specifically, our goal has been to try to offer an historical look at the importance of the Christmas event--putting aside matters of theology or faith.

Impact on the Value of Human Life

Government of the People

Free Enterprise and the Work Ethic

Christmas, of course, is to honor the birth of a humble itinerant rabbi from the ancient world. Emperors and governors have come and gone, but it is this man Jesus whose birth we still celebrate 2000 years later.

Even most non-Christians at least respect Jesus as a great moral teacher. In addition, few would argue that this one man has had more impact on the world than any person in history. So, it would seem reasonable to examine the life of this man during the season that is dedicated to him. Putting aside the supernatural, let's examine how the person of Jesus impacted the course of history.

Most of the following material is from the book entitled What if Jesus Had Never Been Born? by D. James Kennedy and Jerry Newcombe. We hope everyone can enjoy this account in the delightful spirit of Christmas.

Impact on the Value of Human Life

Women. In ancient cultures, a wife was the property of her husband. Aristotle said that a woman was somewhere between a free man and a slave. In India, widows were voluntarily or involuntarily burned on their husbands' funeral pyres. Christian missionaries were a major influence in stopping these century-old practices and ideas.

Children. In the ancient world, for example in classical Rome or Greece, infanticide was not only legal, it was applauded. Killing a Roman was murder, but it was commonly held in Rome that killing one's own children could be an act of beauty. Through a higher view of life, it was the early Christian church that ultimately brought an end to infanctide.

Slavery. While it is true that committed Christians have owned slaves in history, it is also true that slavery was ended in great measure by Christian activists. For example, historians credit the British evangelical William Wilberforce as the primary force behind the ending of the international slave trade (which happened prior to the American Civil War). Two-thirds of the members of the American abolition society in 1835 were Christian ministers.

Gladiators. A 5th century monk, Telemachus is credited as being the pivotal force ending the gladiator spectacles.

Cannibalism. Missionary followers of Jesus are credited with stopping cannibalism in many primitive societies.

Kennedy and Newcombe in their book detail the rise of charity in the name of Jesus over the centuries. This is in stark contrast to history before Jesus. Historians record that prior to Jesus, the ancient world left little trace of any organized charitable effort.

An important aspect to Jesus' ministry was his emphasis on helping the neediest and lowliest in society. For example, his Parable of the Good Samaritan (Luke 10:30-37) is a classic illustration that is still part of our language today. While there are good charitable efforts outside of the name of Jesus, Kennedy and Newcombe argue that Christian charities stand out. They point to Mother Theresa, the Salvation Army, religious hospitals, and church supported soup kitchens and thrift shops in every community. Jesus has had such an enormous impact on charity that one wonders how different things would be if he had never been born.

The mythical character of Santa Claus points back to Christ. St. Nick unquestionably arose within the Christian tradition.

From the beginning of Judaism, from which Christianity is derived, there was an emphasis on the written word. But the phenomenon of education for the masses has its roots in the Protestant Reformation.

In order to promote Bible literacy, Christians have been leaders in education. This trend was accelerated with the advent of the printing press at about the same time as the Protestant Reformation. Many of the world's languages were first set to writing by Christian missionaries in order for people to read the Bible.

In America, the first law to require education of the masses was passed by the Puritans. The law was called "THE OLD DELUDER SATAN ACT." This name was a reference to the devil, who Christians believe gets his foothold into people's lives because of their ignorance of Scripture.

For the first 200 years in America, children's reading texts emphasized biblical literacy. The emphasis on literacy was so intense in colonial America, that John Quincy Adams said in the early 1800's that the illiteracy rate was only 4/10th of 1 percent. By comparison, it has been estimated that in America today, 40 million people are functionally illiterate.

All but one of the first 123 colleges in colonial America were Christian institutions. While these universities have lost their Christian identities, it is interesting to read the founding statements of these schools. Harvard, for example, was founded on this statement: "Let every student be plainly instructed, and earnestly pressed to consider well, the maine end of his life and studies is, to know God and Jesus Christ which is eternall life, John 17:3…"

Government of the People

While America's constitutional government is not specifically Christian, it can be argued that its roots are taken from biblical doctrines. Here are just a few possible arguments in this regard:

America's first constitution was the Fundamental Orders of Connecticut. The Puritan framers of this document required that each aspect of it be grounded in Scripture. Other constitutions to follow contained many similarities to this one.

At least 50 of the 55 signers of the U.S. Constitution were orthodox Christians.

There is no doubt that the concept of our Constitutional checks and balances system is a direct result of the biblical doctrine of the sinfulness of mankind. All of our founders understood the importance of this doctrine to the social order.

America's foundational idea of The Rule of Law rather than the authority of man traces back to the Old Testament, beginning with the Ten Commandments.

The idea that all men are created equal as enshrined in the Declaration of Independence is a biblical doctrine.

The notion of the sovereign authority of God (as mentioned in the Mayflower Compact, the Declaration of Independence, all 50 state constitutions, our currency, etc.)--rather than the sovereignty of the state--is certainly biblical.

The existence of moral absolutes (a biblical concept) is an important idea in our Declaration of Independence--specifically, self-evident truths and unalienable rights from the Creator.

Many other aspects of our laws come directly from the Bible--for example the judicial, legislative and executive branches trace to Isaiah 33:22. Fair trials with witnesses have numerous Old and New Testament support.

Regarding civil liberty, founding father John Adams (and others) emphasized 2 Corinthians 3:17 as the basis for American civil liberty. The slogan on the Liberty Bell is "Proclaim Liberty throughout the land unto all the Inhabitants Thereof" is from Leviticus 15:10. Kennedy and Newcombe argue that Jesus himself was the greatest civil libertarian of all time.

Kennedy and Newcombe also argue that science has it roots in Christianity. They point out that other world religions may express a worldview of fatalism (everything is fatalistically determined) or of illusion (that the physical world is an illusion). Science could not have arisen from these worldviews.

Christianity on the other hand, is based on the notion that there exists a rational God who is the source of rational truth. This, they argue, gave rise to the possibility of scientific laws.

Evidence for this view is that nearly all the founders of modern science were Christians. These include men such as Keppler, Boyle, Pascal, Pasteur, Newton, etc.

Free Enterprise and the Work Ethic

Private property rights can be traced to the Ten Commandments in Exodus 20:15, 17 (Thou shalt not steal,…Thou shalt not covet.")--as well as to other passages from the Old and New Testaments. Interestingly, there are over 700 references to money in the Bible!

It is noteworthy that Adam Smith's Wealth of Nations was written in 1776, the same year as the birth of America. But many historians credit theologian John Calvin from 200 years earlier as the person who is most responsible for putting together the principles that were always in the Bible into a system adapted by the American founders. For example, the biblical doctrines of self-reliance and self-denial are the foundation of the famous "Protestant work ethic." These doctrines are at the heart of our economic (and political) way of life.

Anyone who doubts the relationship of biblical ideas to free enterprise need only to note the stark contrast with communism. Communism is specifically an atheistic system that relies on the non-biblical notion that all men are good (thus will work for the common good). But communism has been an abject economic failure.

The influence of Jesus on art, music, and literature is enormous. For example, the Christian faith has influenced literature in such Christian writers such as Dante, Chaucer, Donne, Dostoevsky, Shakespeare, Dickens, Milton, etc.

Had Jesus never been born, music would likely sound very different from what we're used to. There may never have developed the cantata, the concerto, or the symphony. Handel, Vivaldi, and Bach were Christians who worked to honor God with their work. Bach, for example, signed all his works with Soli Deo Gloria ("Solely to the glory of God").

Art has likewise been magnificently impacted by Jesus. While much modern art seems to debase the human spirit, classical Christian art tries to bring out the best of mankind--pointing us to a higher plane. This is certainly a tribute to Jesus.

And think of all the incredible architecture through the years. Especially noteworthy are the beautiful cathedrals in Europe.

Kennedy and Newcombe address the criticism of some who point to atrocities in history committed in the name of Christianity--specifically the Crusades, the Inquisition, the Salem witch hunts, and anti-Semitism. The authors acknowledge the sinful nature of these events. But they argue that those who committed them were acting contrary to the teachings of Christ, who taught to love even your enemies! The blame for committing such acts should be placed on those who perverted Jesus' teachings--not at the feet of the Prince of Peace!

However, it should also be mentioned that many historians say that Christians have gotten a bad rap from the above events. For example, it can be said that all of the Crusades were defensive in nature--in the same way that one can accurately say that America's current War on Terrorism is defensive in nature. America is responding to an unprovoked attack first made upon us. Our goal in this war is simply to protect our citizens and our property. This is the same thing that the Christian Crusaders were doing, acting in self-defense against aggressors.

Further, they point out that when Christian restraints have been removed from a society, the atrocities are magnified many times over. For example, the regimes of Hitler, Mao, Stalin, and Pol Pot were essentially atheistic bloodbaths. These twentieth century despots alone account for well over 100 million murders. The evidence is strong that when the restraining influence of Christianity has been removed from a country or culture, unmitigated disaster will naturally follow. As admitted by existentialist philosopher Jean-Paul Sartre, "[Without God] all activities are equivalent."

Christmas should embody many wonderful qualities--love, sharing, tolerance, hope, and peace. May the real Christmas spirit be a positive influence in your life in this blessed season.